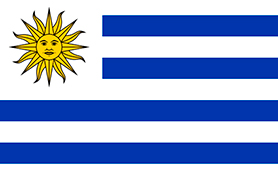 OUR CUSTOMERS IN URUGUAY

ITAérea Uruguay has worked for the Carrasco International Airport.

The partnerships are gradually gaining a foothold and, undoubtedly, according to the approved short-term strategic plan, this country will experience a clear increase in training.

Uruguay is a country with a promising future, and has a great airport project.

Uruguay, officially known as the Eastern Republic of Uruguay, is a South American country located in the eastern part of the South American Cone. It borders to the northeast with Brazil (Rio Grande do Sul state), to the west with Argentina (counties of Entre Ríos and Corrientes), and its coasts face the Atlantic Ocean to the southeast and the River Plate towards the south. It has an area of 176 215 sq. km, thus being the 2nd smallest country in South America, after Surinam. According to data from the last population census in 2018, Uruguay has 4 001 014 million inhabitants, ranking 10th among South American countries in terms of population.