AERONAUTICAL SCHOOL OF THE DOMINICAN REPUBLIC 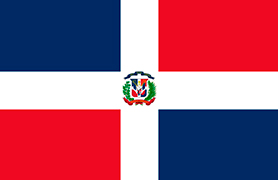 OUR CUSTOMERS IN THE DOMINICAN REPUBLIC

Although is not a large country, it has quite a few airport operators: Aerodom, Punta Cana International Airport, Cibao… all of these are shown above.

As private airport operators, they have shown a great interest in the Business School, and mutual cooperation framework agreements have been promptly authorized.

ITAérea has participated in specific events organized within the industry, primarily the airport industry. We particularly must highlight the event held in Punta Cana. We were able to appreciate a model of private management of the airport that undoubtedly few in the world have.

In this case, the touristic promotion and airport model is working swimmingly.

The Dominican Republic is a country located in the central part of the Antilles, and occupies the eastern two-thirds of La Española island. It is one of the 13 countries that make up the insular America, Antilles or islands of the Caribbean Sea, and one of the 35 countries of the American continent. Its capital and most populated city is Santo Domingo. It borders the Atlantic Ocean to the north, the Mona channel, which separates it from Puerto Rico, to the east, the Caribbean Sea to the south, and Haiti, which is the other country located in La Española, to the west. With an area of 48 670 sq. km, it is the second largest country of the Caribbean islands, behind Cuba, and, with almost 10 500 000 inhabitants in 2010, the second most populated, again behind Cuba.