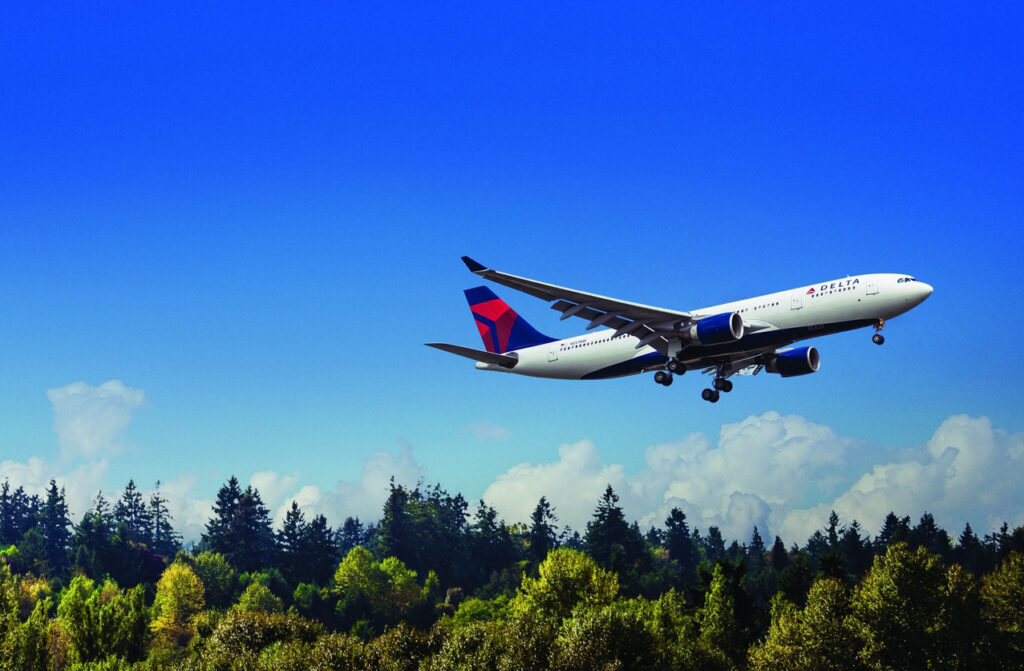 The COVID-19 crisis has had a detrimental impact on the air transport industry, but it is also offering an opportunity for airlines and airports to rethink their strategies and restart operations in a way that shapes a greener and more resilient future.

Despite the crisis, many airlines and airports have put investment in sustainability on top of their agendas. So, let’s take a look at some of the recent initiatives that the industry has undertaken to drive these efforts:

The sustainability of the air transport

The air transport sector continues to be characterized by increasing growth, with the demand for air transport services greatly expanding over the last few decades. Despite being a flourishing industry, air transport is highly exposed to external events (e.g., terroristic attacks, financial crisis, natural hazards) which can undermine industry performance. It is clear that in the highly vulnerable and competitive global airline market, productivity is a key factor for success.

Economic sustainability, hence productivity, has therefore traditionally been the main goal of the industry in the past. However, increasingly, policy makers are looking beyond traditional measures of airline performance and placing an increasing emphasis on the environmental sustainability of air transport. Indeed, in parallel with the increase of flights and services, the air transport industry is a well-recognized source of greenhouse gases emissions, especially carbon dioxide. In the next 20 years, ICAO forecasts a doubling of CO2 emissions from air transport. A sustainable industry should aim to balance the economic and environmental aspects of the business, seeking to develop mutually beneficial policies and practices that are both economically sound and environmentally and socially responsible.

How airlines are paving the way towards sustainability

The global airline industry is under an extreme financial pressure with the International Air Transport Association (IATA) forecasting a total net loss of $118.5 billion for 2020. COVID-19 relief packages have been a vital lifeline for airlines around the world with government financial aid to airlines totalling $123 billion worldwide.

While this could have been a real opportunity for governments around the world to enforce environmental terms as part of their bailout conditions, only a few set the terms in favour of the environment.

Nevertheless, some airlines in the US have already taken action to reduce emissions. Early in 2020, Delta Air Lines announced that it is committing $1 billion over the next 10 years to mitigate all emissions from its global business going forward. In his keynote address during last year’s FTE APEX Virtual Expo, Delta’s CEO Ed Bastian confirmed that despite the pandemic, the airline is continuing its investment in innovation, advancing clean air travel technologies, accelerating the reduction of carbon emissions and waste, and establishing new projects to mitigate the balance of emissions.

Meanwhile in Europe, the pressure is on for some airlines that have had to agree to environmental terms in order to receive bailout from their respective governments.

Air France, for instance, received a €7 billion grant from the French government, which highlighted clear environmental conditions to the state aid with the objective of making Air France “the most environmentally friendly airline” in the world. Among the conditions are reduction in carbon emissions, reduction in domestic flights and a shift to alternative fuels.

As part of its Horizon 2030 plan, Air France had already outlined its aim to halve CO2 emissions per passenger/km by 2030, and it is also committed to modernising its short-, medium- and long-haul fleet by ordering 60 Airbus A220-300s, gradually replacing Air France’s A319 and A319 fleet; taking delivery of 28 Airbus A350-900s, the first of which have already joined the carrier’s fleet; and retiring its Airbus A380 by 2022.

Similarly, KLM also received restrictions from the Dutch government, which supported the carrier with a €3.4 billion bailout package. While the financial aid has since been put on hold, it initially outlined that KLM needs to reduce evening flights, encourage rail journeys, as well as reduce emissions per passenger by half by 2030.

Austrian Airlines is another carrier that received a substantial bailout package of €600 million with specified requirements around sustainability, such as shifting passenger traffic to rail on short-haul flights; cutting domestic CO2 emissions in half by 2030; reducing total CO2 emissions by 30% by 2030; and improving fuel efficiency by 1.5% per year to achieve an average carbon footprint per 100 passenger kilometre of 8.5kg by 2030 compared to a current footprint of 9.55kg.

On the ground, airports are also using the COVID-19 downtime to trial new sustainable operations. Recently, Amsterdam Airport Schiphol started a trial of an autonomous baggage tractor that will take baggage to the aircraft on the apron.

The trial forms part of a new programme launched by Royal Schiphol Group, called Autonomous Airside Operations, in support of its vision to operate “the most sustainable airports in the world” by 2050. According to the airport operator, the ground-based airport activities, such as baggage transport, passenger transport and aircraft towing, will be smart and autonomous. The aim is ultimately to replace all airside vehicles with an interconnected fleet of self-driving, emission-free vehicles, in order to guarantee and improve quality in the long-term.

Urban Air Mobility is also an emerging trend that has the potential to accelerate the air transport’s transformation towards a more CO2 neutral industry.

United Airlines has explored the potential of electric vertical take-off and landing (eVTOL) aircraft through a new partnership with air mobility company Archer. Archer’s eVTOL aircraft are designed to use electric motors and have the potential for future use as an ‘air taxi’ in urban markets. Under the terms of the agreement, United would acquire a fleet of up to 200 of the electric aircraft that would be operated by a partner and are expected to give customers a quick, economical and low-carbon way to get to United’s hub airports and commute in dense urban environments within the next five years. United estimates that using Archer’s eVTOL aircraft could reduce CO2 emissions by 47% per passenger on a trip between Hollywood and Los Angeles International Airport (LAX), one of the initial cities where Archer plans to launch its fleet.

Several other airlines and airports have also worked on the development of air mobility services in recent years, including Japan Airlines, Groupe ADP, Incheon International Airport Corporation and Fraport AG.

Looking further ahead, one mode of transport that could disrupt short-haul and domestic air travel in the long-term is hyperloop, which is intended to be a sustainable and more-environmentally friendly way to travel. According to Virgin Hyperloop, its high-speed technology concept is powered electronically and doesn’t have negative environmental emissions.

Going forward it would be essential for airlines and airports to work together with the whole travel ecosystem to explore the synergies that could be created by these new modes of transport.

It is encouraging to see that airlines and airports are trialling new solutions and are becoming more environmentally conscious. The whole industry would have to collaborate more than ever before to ensure that, as it emerges from the COVID-19 crisis, it isn’t overlooking the bigger threat of climate change.

Future Travel Experience is committed to driving the discussion forward and helping the air transport industry work together to build back better. Sustainability will be a major topic during the upcoming FTE APEX Virtual Expo 2021 (25-26 May), where we will provide a platform for airlines, airports and suppliers to share experiences from recent initiatives and form a path forward. 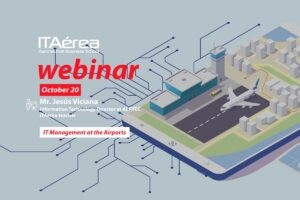 Webinar about IT Management at the Airports 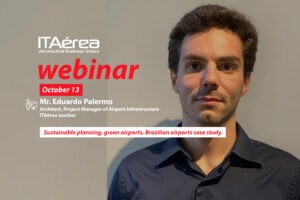 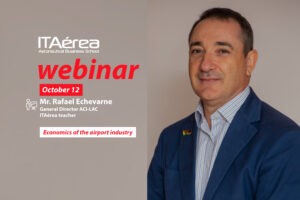